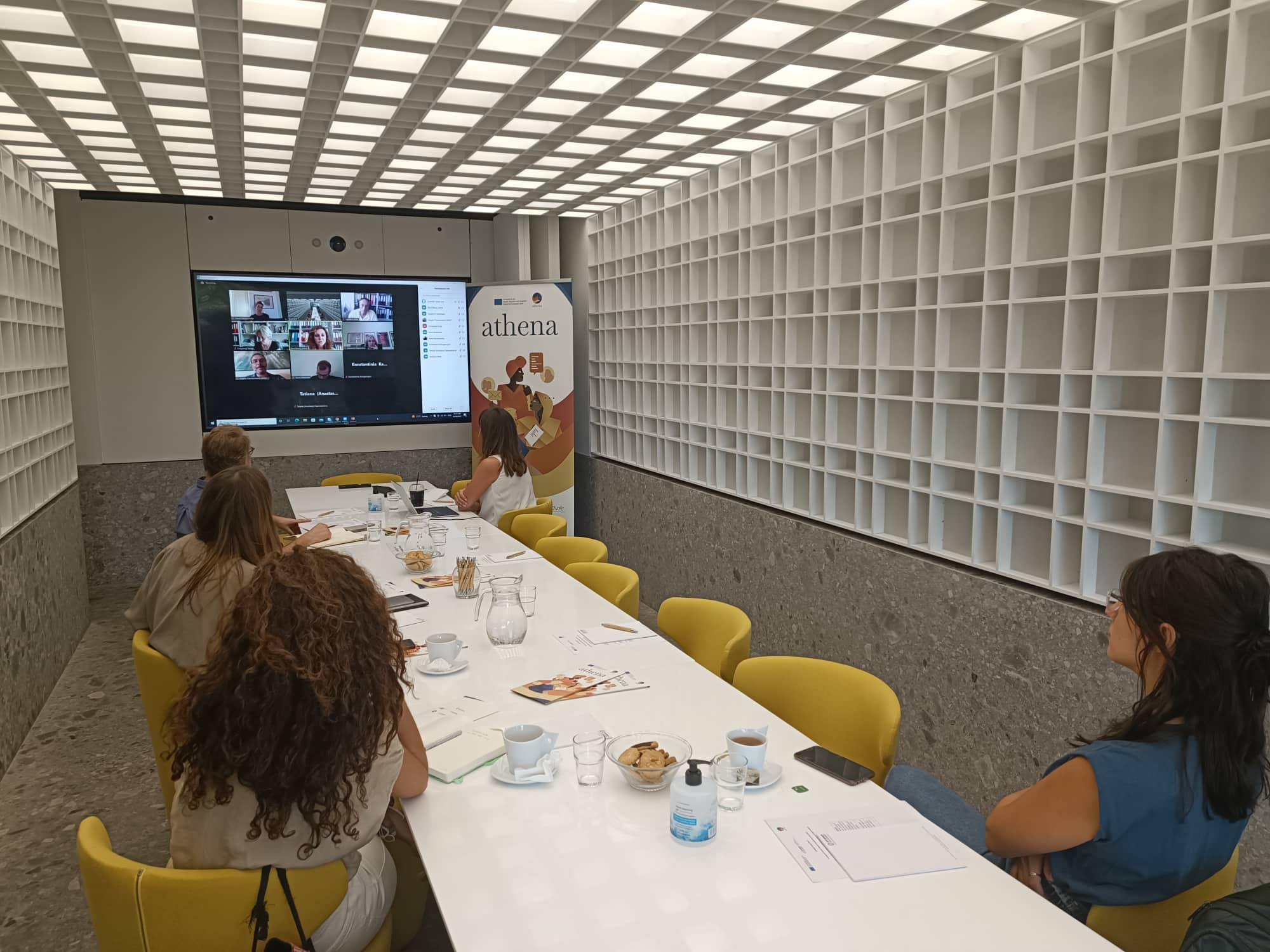 for professionals in the fields of entrepreneurship and migrant support” on September 14, at its premises and online, as part of the ATHENA initiative – Approaches To valorise the High ENtrepreneuriAl potential of migrant women to contribute to their social and economic integration.

Representatives of eight Greece-based institutions offering education and training programs, general support services for migrants, coaching and mentoring, or which have links with financial support institutions followed the training and contributed to discussions. ELIAMEP’s ATHENA team kicked-off the program with research findings from the ATHENA project, which was followed by a presentation by Protection Associate Anastasia Papanastasiou of UNHCR on “Gender issues in the Greek labor market and entrepreneurship”. Vasileios Bellis of the Development Agency of Karditsa S.A. spoke about “Mapping the financial schemes in Greece” as well as the development of a social finance tool in Greece, and Director of ALBA Hub for Entrepreneurship and Development  Alexios Komselis raised key points on “Bureaucratic and Accounting Issues in Greece”, faced by migrants.

The contents of the training and ensuing lively discussion will be considered in the formulation of policy recommendations on the needs of additional support for female migrant entrepreneurs in Greece, in the ATHENA partner countries, and in Europe as a whole.